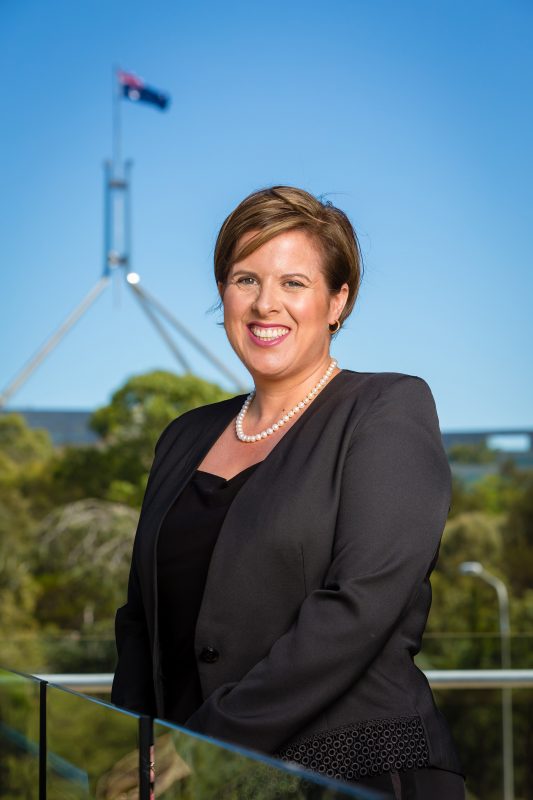 And she stands out.  She is the first female around the MBA Boardroom table in 128 years and she makes impact in the role – she’s used to working in male dominated industries throughout her career – from brewing to building– and she firmly believes that it’s not about gender, but the ability to be competent and capable in the position, that counts.  Once you have gained the respect and trust from your people, they don’t mind whether you’re female or male, she adds.

Challenges of different sizes and shapes

She admits that her ascent to her current position has been tough at times, even though she has worked in gender unequal roles most of her adult life and fondly tells me about her role as first female CEO of the Hotels Association where it was initially thought she was ‘not mentally tough enough’ to cope with the strenuous demands of the role.

But Denita knew she was up for the job and had the mental agility to deal with whatever came her way, including facing up to a protagonist in her early years.  She stood her ground, engaged in a ‘courageous conversation’ with him and today he remains one of her greatest supporters.

The challenges have come in different sizes and shapes over the years but she always knew she would be a committed and dedicated leader in whichever role she landed.  She recalls an incident with a builder when she was first appointed in the MBA role.

‘What do you know about building or brewing?’

the builder asked her

‘I don’t need to know about either because I’m not employed to do that.

I’m here to represent your interests at a political level and look out for the industry overall.’

And that’s exactly what she does.  MBA, predominantly an Industry Lobby group, is the peak Association for all Master Builders groups around the country and represents members on all Federal advocacy issues and maintains government relations at a national level.  Collectively, they represent 331 builders in commercial, civil and residential building.

In short, the Organisation’s sole purpose is to help building companies maximum success in a political environment.

Born and raised in Tasmania, Denita has always had a fascination with politics and her career has been working with member-based Organisations, finally landing at the helm of Master Builders Association. Her sense of spirit and confidence appeared during her school years at a Presbyterian Girls School where being confident and supportive of others were key values in her life.

She firmly believes empowerment is borne by people working together to achieve goals, underpinned by serving others for the common good. That means respecting your Organisation and the people in it, your clients and stake-holders and people at all levels with whom you interact.

One of my first jobs out of Uni was as an IR advocate.  Obviously, I was young and not particularly experienced at the same, and one of my clients said to my boss that ‘I am not dealing with a young girl.’

He chose to work with me and we had a very successful partnership.

Historically construction is regarded as a male orientated industry, with only 11 % of women in the industry overall. Tradies (of which only 1 % are women) – electricians, plumbers and concrete layers – populate the industry and there has been increasing concern at the low entry levels of females into construction over the last decade, resulting in many Organisations changing their recruitment strategies to attempt to recruit more women. The hope is a growth of 7 -10% of women across in the Industry in the next 10 years.

Women add significant value to any Industry, but there is still a hesitation for women to join Construction.  Denita explained that one of the biggest challenges the Industry faces is that parents don’t want their daughters to go into an Industry that is so ‘male dominated’.  So, they dissuade their daughters from becoming a tradesperson or construction employee at any level, but the fact remains that the Industry provides great career paths for women and gives them enormous opportunities to develop and enjoy fantastic, lucrative careers.’

There is a misconception that to be at the helm of the Construction Industry means women need to compete with men and become more ‘masculine’ in their approach to deal with daily issues and ongoing challenges. But nothing could be further than the truth. Denita firmly believes in being herself at all times.

‘I am the only female in 128 years sitting around the Board Room table and my colleagues are wonderful at backing me up if I need it.  We are all there for each other, regardless of gender. I am proudly female and I don’t need to lose sight of my femininity.  I wear what I want to wear and am comfortable doing so.’

‘I don’t need to be in a sea of suits.  I never wear a power suit.  I always wear what I want and because I am in this industry, doesn’t mean I have to change to suit those around me.’

It’s all about Balance

Denita is not unused to working a 60-hour week, although with young children the challenge remains for her to enjoy a solid sense of work-life balance, which she and her husband have managed to achieve based on a discussion she and he had before having a family.

‘We equally share the roles and responsibilities and we have a rule in the family that when we walk through the front door at night, our phones are turned on silent and placed on the kitchen table.  They don’t interrupt our lives together and it is intentional.  My family is critical to me.’

What advice would you give women who want to get to the top of the Construction Industry?

My interview with Denita was over the phone and even though it was not possible, I always prefer to be physically present with the person I am interviewing. Still, my sense of Denita was a woman who is strong in herself, prides herself on being fair and just and is well regarded in the ranks.  In our time, together she was buoyant, interesting and grounded, as if nothing would ‘unsettle’ her.

These are some of the attributes that make Denita great in her role, but she added others as advice for younger women:

Denita talked to me enthusiastically about Women Building Australia – a Government funded Program providing information for school leavers about career opportunities for women in construction and mentoring young women who are already in the Construction industry.

The Pilot comprises 59 mentoring pairs, working with each other both online and face to face. To date the feedback about the Program has been fantastic so she hopes it is extended in the future.

Strong, resourceful and hard to fluster, Denita Wawn represents the level of success women can achieve in any Industry, not only Construction.  She brings energy and courage to her role and whilst she makes it seem effortless, no doubt she has her daily dose of headaches in trying to lead the Industry about which she is so passionate.

You are inspiring Denita and do all women proud.